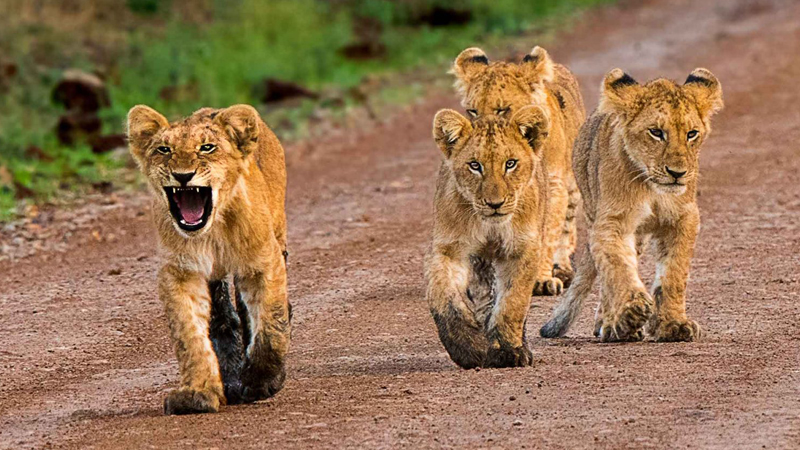 Briefing: ten percent (10%) of the world’s lions are found in Ruaha. The red earthed park is Tanzania’s second largest park. Despite being far, adding Ruaha to your southern Tanzania tour plan gives the itinerary meaning.

Spend the entire day exploring Tanzania’s largest national park. The vast area is home to the endangered wild dogs (painted wolves) and members of the “Big Five” except the Rhinoceros. Other African wild animals like hippopotamuses, hyenas, wildebeests, antelopes, greater kudu, elands and etc. are easily seen in this wilderness. Overnight at a lodge within or on the periphery of the park.

Leave Selous Game Reserve after breakfast and drive to Mikumi national park. Along the way you will traverse typical Tanzanian villages, forests, rivers and hills. Arrive in Mikumi in the evening, you will check-in directly into your lodge for overnight.

Spend the entire day touring Mikumi national park. The fifth biggest national park in the country has vast wild areas in which animals like elephants, giraffes, hippopotamuses, lions and hyenas. Cheetahs, wild dogs and leopards are present by rare to spot. Picnic lunch on arrival at the park before touring the park for the rest of the day. Overnight at a lodge within or on the periphery of the park, depending on the client’s choice. Meals: picnic lunch and dinner.

Early breakfast in Mikumi then drive Ruaha National Park, the second largest national park in Tanzania. You will do evening tour in the national park. Overnight will be in a lodge which is situated within the park.

Spend the entire day touring Tanzania’s second largest national park and home to 10% of the world’s remaining lions population. This park also has the largest concentration of elephants in Tanzania. Apart from rhinoceros, almost all large mammals are found in Ruaha. Overnight will be at a lodge located within the national park.

End of proposal. But it can be customized based on the client’s needs; do not hesitate to give us your proposals.